Update – Important recent article illustrating some of the potential problems.

Lately, it seems, Facebook is ON FIRE as a platform for marketers (advertisers, etc.) to promote their products and “harvest” data from you and I. There is a very good reason for this – Facebook allows almost anyone to access their full sets of data – data which tells more about you than any previous web site or data-mining tool could ever hope to!

As told to me by an expert “it’s criminal”….relating to what he or anyone can gleam from FB. Realistically, it probably is criminal in the real sense….but the government as well as individuals tend to be years behind the curve in terms of catching up. Without going into gory details, suffice it to say that Facebook (and the world) probably knows if you wear depends (adult diapers), are depressed, plan to have a wedding, have family members who recently passed away and MANY MANY other things. Moreover, unlike most other data sources, they know ALL of that in addition to things such as where you live, who your friends are, what your political slant is, etc.

In short, they know more about most of their users than the NSA knows about us…or the credit card companies….etc.

Based on this treasure trove of data, Facebook has become very popular with marketers, PR firms, ad agencies and others. New job descriptions as well as consulting specialties have sprung up claiming to help fledging companies with Facebook and their other social media. This has been going on for a couple years but has really swung into high gear recently.

Longer term internet experts such as myself often step back to take a longer view – trying to find the good features and sort out the hype and BS from the actual good value propositions. This article is an attempt to do just that.

Is Facebook worthwhile for marketers, advertisers and e-commerce companies?

Starting with the simplest question – the answer is easy – an unqualified YES. Facebook, when used correctly, can be a part of a smart marketing program. This goes for both paid and free Facebook efforts, although free efforts (just having a page there and posting on it) have a very limited return if not combined with paid ads or “boost post”.

I have run a large web site (Hearth.com) since 1995. Hearth.com has had a presence on Facebook for a number of years, although I have never spent any significant sum of money on Facebook ads for the site.

A recent month showed over 800,000 visits to the Hearth.com web site. So, the big question here is how many of these were sent by Facebook and other “social media” sites???
The answer is below = 449 to be exact. 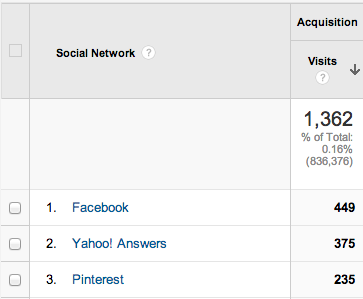 Number sent to Hearth.com from FB in month

Now, how does this compare to the old stalwart – Search Engines – specifically Google?

Again, the data is easily found.

To be fair, let me try another example – a newer site which covers a hot topic and that I have spent quite a bit advertising on Facebook. This is my “drone” (Quadcopter) site – http://www.droneflyers.com – which has a blog, a forum and a nice page on Facebook with a couple hundred likes which I have gained in the last 60 days.

First, the number of people that these paid ads as well as my page and promo there have sent to my Drone site – in this case, I show 646 visitors from Facebook – much better than my Fireplace site, especially since the traffic of the hobby site is much lower. However, in the same time period Google sent over 36,000 visitors to my site for free….see below: 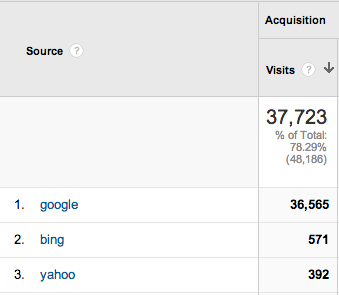 Granted, I only spent a couple hundred dollars on Facebook ads – however, if I assign each of those visits a cash value of .10 (actually, it’s probably close!), Facebook provided me about $65 of value for the paid ads I placed there, while Google gave me $3600.00 without my spending a dime.

Your Mileage May Vary

These stats will certainly not be relevant to each and every site, but provide some guidelines with “content centered” sites such as the type I deal with. Google may not be the hot company with the “pinterest/twitter/facebook hot” crowd, but it usually is the engine which determines success or failure on the internet.

Also, consider that Facebook can do harm to a company much easier than a search engine can. Allowing the public an open door into a “comment and complaint” page often results in plenty of mud getting thrown your way. This must be considered before starting a FB presence.

Eggs in One Basket?

Many new companies are betting their entire existence on the “facebook platform” and/or data gleamed from you and I there. While I don’t doubt the value of that data, long term thinkers would be wise to consider that they are building their House of Cards on top of Facebook’s whims. As the same expert explained to me “it’s often some 22 year old at Facebook who makes the final decision as to whether or not a particular app (tie-in or data mining) is allowed to operate on Facebook”. If you are a marketer or advertiser, it would be wise to tread lightly and spread your marketing message and ad dollars around the web – measure the results, place more ads, and then measure again.

There is one group of people, though, who ALWAYS come out ahead on the big internet changes…these are the snake-oil salespeople who can talk a good game and round up some paying clients with their fancy footwork. Now that google has pretty much done away with the need for (mostly snake oil) “search engine optimization”, thousands of unemployed “experts” are now pushing their clients onto “social media” expenditures.

Short and sweet – you owe it to yourself and/or your company and partners to become informed. Don’t farm out (subcontract) large portions of your marketing and assume you are being steered in the right direction. Success entails getting the most value for your money – which means steering clear of the gauntlet of “experts” looking to take your money and provide less than full value. Ideally, your company should be able to cut out as much as possible of the so-called “middleman” and learn to handle some of the advertising and PR in-house (yourself!). If this is beyond your capabilities (be honest and admit it to yourself), don’t trust just anyone with this important job!

Despite all the “new guys” in town, Google remains King of the Hill – and BY FAR – as the primary determiner of whether or not your effort will succeed. Paste that on the wall above your desk and get to work!

(note – as usual, the above represent just one opinion – but that of an individual who has been in business for 38+ years and online since 1986).

Your thoughts are welcome!